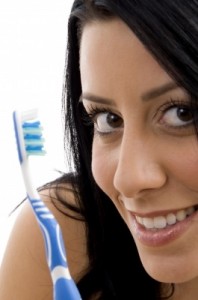 The Huffington Post’s article “6 Ways Oral Hygiene Affects The Rest Of Your Body” explores some of these side effects, some of which may surprise you.

• Increased risk of premature birth: A new study published in the American Journal of Obstetrics & Gynecology found an association between the use of mouth rinse in pregnant women and a decreased rate of delivering babies prematurely.

•Increased time required for a woman to become pregnant: Research presented by the European Society of Human Reproduction and Embryology showed that women with gum disease took an average of seven months to conceive, compared to five months among their peers without gum disease

(Both of the above side effects of poor oral hygiene are believed to be linked to inflammation of the gums. Of course, the best way to prevent gum disease in the first place is through brushing and flossing.)

• Increased risk of heart attack: According to the American Academy of Periodontology, “Researchers have found that people with periodontal disease are almost twice as likely to suffer from coronary artery disease as those without periodontal disease.” If you have gum disease, oral bacteria can enter your bloodstream and cause infection in your heart or lungs. If you already have risk factors for certain diseases, poor oral health can increase your chances of getting them.

• Link to diabetes: In a preliminary 2007 study among rats, researchers found a possible link between periodontal disease and a progression toward diabetes among rats who were already pre-diabetic.

• Link to unhealthy lungs: A study published in the Journal of Periodontology uncovered a suspected link between periodontal disease and pulmonary disease, such as pneumonia and acute bronchitis.

What do you think? Did any of these catch you off guard?

This list further proves that dental hygiene is a foundation for good health practices. At Vacendak Dentistry, we look at more than just your teeth and gums; we look at your overall health.

Call now for your appointment with Vacendak Dentistry. It’s good for your health.

Water and Your Oral Health

Early Detection of Oral Cancer is the Best Defense

The Link Between Oral Health and Overall Health

This site uses cookies. By continuing to browse the site, you are agreeing to our use of cookies.

We may request cookies to be set on your device. We use cookies to let us know when you visit our websites, how you interact with us, to enrich your user experience, and to customize your relationship with our website.

Click on the different category headings to find out more. You can also change some of your preferences. Note that blocking some types of cookies may impact your experience on our websites and the services we are able to offer.

These cookies are strictly necessary to provide you with services available through our website and to use some of its features.

Because these cookies are strictly necessary to deliver the website, refusing them will have impact how our site functions. You always can block or delete cookies by changing your browser settings and force blocking all cookies on this website. But this will always prompt you to accept/refuse cookies when revisiting our site.

We fully respect if you want to refuse cookies but to avoid asking you again and again kindly allow us to store a cookie for that. You are free to opt out any time or opt in for other cookies to get a better experience. If you refuse cookies we will remove all set cookies in our domain.

We provide you with a list of stored cookies on your computer in our domain so you can check what we stored. Due to security reasons we are not able to show or modify cookies from other domains. You can check these in your browser security settings.

These cookies collect information that is used either in aggregate form to help us understand how our website is being used or how effective our marketing campaigns are, or to help us customize our website and application for you in order to enhance your experience.

If you do not want that we track your visit to our site you can disable tracking in your browser here:

We also use different external services like Google Webfonts, Google Maps, and external Video providers. Since these providers may collect personal data like your IP address we allow you to block them here. Please be aware that this might heavily reduce the functionality and appearance of our site. Changes will take effect once you reload the page.

The following cookies are also needed - You can choose if you want to allow them: